Vigil in Lakeland - Massacre in Orlando

It was Monday, June 13th and the time was 2 am. No surprise I could not sleep. The massacre of innocents in Orlando was less than 24 hours old and I was thinking about ways to exterminate every "Buzdil" (coward) hate-filled killer of innocents on this planet. The hateful attack in Orlando was a new low. Orlando will never again be the "Happiest Place on Earth". None of my friends or family were involved. Why was I still angry, hurt and disturbed? I could feel the pain and suffering of the person who lost his brother, sister and family member. I felt the horror of each person who died. I was to experience the trauma of everyone who survived. I felt the shock of the family member whose lost loved one had never told anyone he was gay. I am feeling the brunt of a self-imposed emotional whiplash. Why me? Why not me?

As I dropped off my daughter for her volunteering and headed home in the morning, I heard on the news that there was a vigil scheduled in Lakeland to remember the victims two who were from Lakeland. I wanted to attend to support my community in every way I could and share our grief and message of love and peace with people all over the world. I hoped the answer to the "why me or why not me?" question may also lie at the vigil.

A little after 7:30 pm that evening forty-nine doves were released into the air to their freedom, one honouring each of the victims. As if there was any doubt, I knew for sure now that I was at the Vigil at Lake Mirror, Lakeland for the victims of the Orlando massacre. The vigil was a show of strength, unity and power and an outpouring of love and support from and toward the LGBT community. Alice Koehler single-handedly, with the help of her two young children, made arrangements for candle lit luminaries that people could decorate wit their own heartfelt messages and thoughts. Various dignitaries spoke about peace and the scripture of God. The attendance of (by my estimate) 2,000 supporters had made this vigil a resounding success and enforced community bonding in my city. The occasion had evolved from looking back at the disaster to looking ahead to celebration of life and fighting against evil. It was honestly overwhelming. Somewhere in these photographs lies the answer to my question. 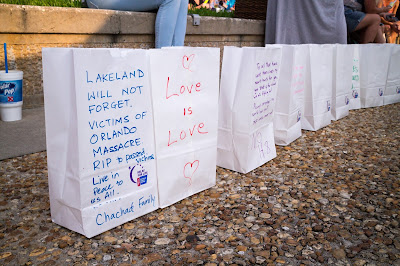 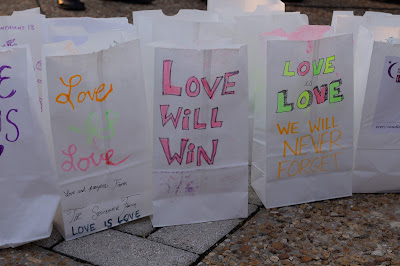 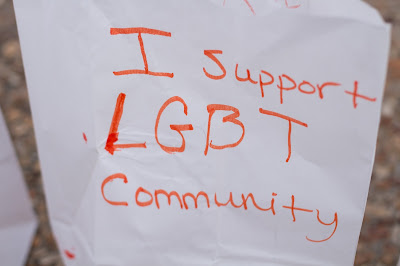 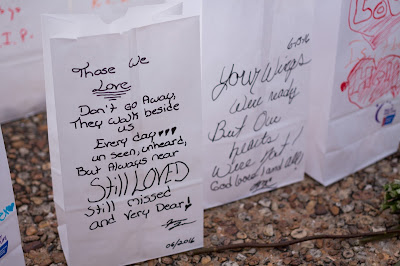 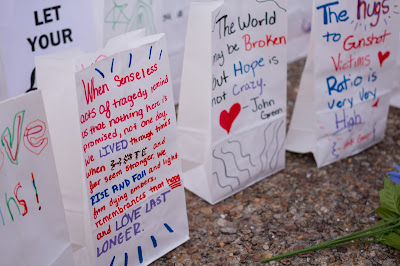 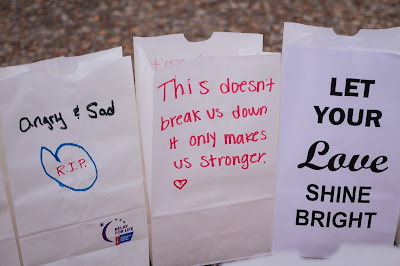 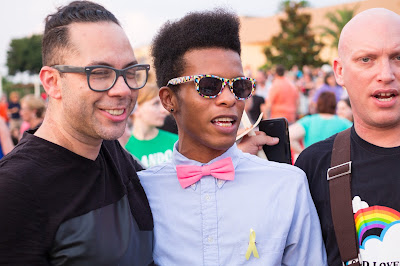 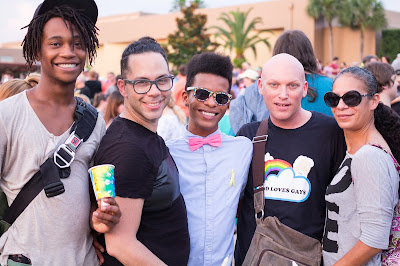 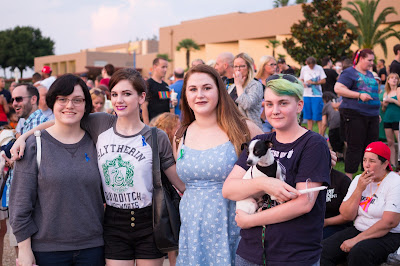 As the vigil ended, I was remembered the survivors who were at the local hospitals who still need blood, hope, PTSD treatment and love. Little had I known that the LGBT community in my hometown was this strong. I came home empowered with new appreciation for the LGBT community and a more resilient motivation against terrorism. One message was clear - We cannot live in the shadow of hatred and fear for the rest of our lives. Rest in Peace those who lost their lives. Live in peace the rest of us.